Protect your Caravan with CRiS

CRiS (the Central Registration and Identification Scheme) is the National Register for caravan owners in the UK working towards preventing and detecting caravan related crime.

Established in 1992 by the The National Caravan Council, CRiS provides registration documents similar to the DVLA for motor vehicles and maintains information relating to the history of the caravan.

A CRiS check will: 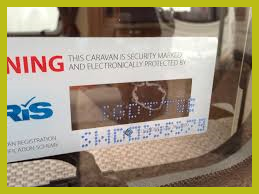 All new caravans will be given a unique 17 digit Vehicle Identification Number (VIN), which is recorded onto an electronic tag and embedded into the bodywork of the caravan, and etched onto the windows. It will also be recorded in the Touring Caravan Registration Document which is kept by the registered keeper of the caravan.

If you are buying a new caravan, the dealer will register the van and you will receive a CRiS certificate shortly after. If you already own, or are considering buying a caravan which was manufactured prior to 1992 when CRiS was established, and therefore does not have a VIN, you can apply for it to be CRiS registered.

If you are looking to buy a used caravan, the CRiS number is really useful in preventing you from purchasing a stolen caravan, or one which has finance outstanding on it. Simply call CRiS with the number which has been etched onto the windows (or stamped on the chassis), and for a small fee they will make sure that the number matches the caravan make and model on their register. It is also advisable to ask the seller for their CRiS registration documents.

Whilst it is highly recommended that you do carry out a full check, you can decode the CRiS number yourself.

Please note that the caravan build seasons runs from 1st September to 31st August. This means that a caravan which was built between 1st September 2010 and 31st August 2011 will have a manufacture year code as B for 2011.

If you’re struggling to decode your CRiS number,  here’s a tool that will automatically do it for you: https://www.caravanvindecoder.com/